You Can Be Intentional

“Go on, take a drag” James encouraged. He waved the cigarette towards me as his mate stood smoking next to him. I was thirteen and offered no resistance to his encouragement to become a smoker.

Twenty years later I was in a hospital with breathing difficulties. Smoking, combined with the randomness of how the cells reacted with the toxins was the cause.  It wasn't just smoking—and although I didn't know it then—entropy had put me there. At thirteen, I had no idea of what I was doing by going with the flow when I accepted that first cigarette.

Life does that to you.

To be more specific, entropy can do that to you. Consequently, randomness and uncertainty will intervene in the most horrifying of ways. My failure to draw breath without coughing continuously that morning was a direct consequence of not stopping smoking.

That’s the thing we don’t get. Left untouched and unguarded, the act of entropy only increases with time. Now, I’m not saying at the age of thirteen I should have had the foresight to see what entropy might do to me as I smoked. That’s why we have laws preventing the sale of cigarettes to minors. But as adults, you might expect us to know better. And yet, the creep of entropy gets us all.

The good news is we can fight entropy. It begins with living intentionally.

Being intentional sounds simple, but it is hard to achieve.

The downside is an open door to chaos, randomness, and uncertainty.

When you become intentional you lessen the grip entropy has over your life. You won't ever remove the grip, but you can weaken it, and that is a fight worth having.

So how do you live deliberately?

These are the hallmarks of being intentional and unsurprisingly, it is this behaviour we are setting as this week's One Weekly Decision. It is to be intentional. To live deliberately. To embody a mindset that isn't reactionary, but is proactive instead.

The upside is a simple one. It is the act of fighting entropy.

The biggest compliment you can give me is replying to share your thoughts.

PS. Newsletter of the week—Wise Daily

The internet is full of information, but most of it isn’t arranged in a concise way for you to make anything of it. That’s why I subscribe to Wise Daily. It is a daily newsletter that connects weird facts and ideas with business skills, making me the smartest person in the room.

So, do what I did and subscribe for free. 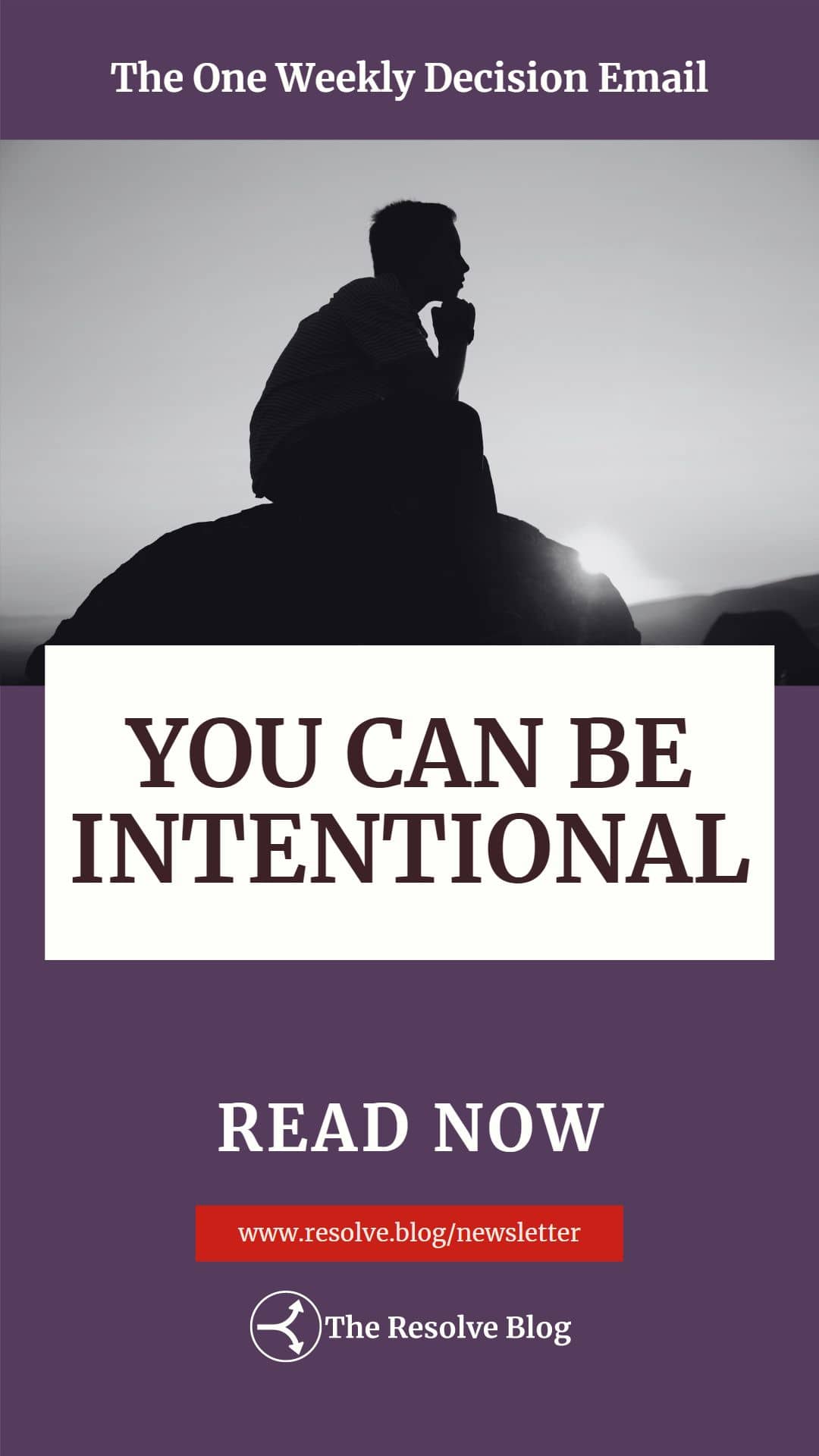 How Likely Is This?

One Weekly Decision is an email designed to help you improve your life, one decision at a time. This week, we focus on asking how likely this is.

One Weekly Decision is an email designed to help you improve your life, one decision at a time. This week, we focus on deliberately reflecting.