To Think Differently, First, You Need to Think Deliberately

I bet you tell yourself you think differently, don’t you? You’re the crazy one, the round peg in the square hole, the rule breaker. The one who can change the world.

I bet you gorge yourself on the iconic apple advert. You know, the one with Richard Branson, Muhammad Ali, Jim Henderson, and John Lennon and others. Yes, you could be a crazy one.

Okay, you’re not going to change the world. But you can change things at work and in your life. You tell yourself you see the world differently, with your energy and enthusiasm for life. Somehow, though, you can’t break free. The monotony of living every day – of doing the same things – takes over. No matter your thoughts, the ideal of thinking differently isn’t changing your life.

How hard can it be to think different?

Steve Jobs and Apple’s second most famous marketing campaign (after the 1984 advert) derived from a response to IBM’s one-word pitch; ‘Think’. Between Chiat Day and Steve, they produced the sharp two-word mantra.

Here’s to the crazy ones, the misfits, the rebels, the troublemakers, the round pegs in the square holes… the ones who see things differently — they’re not fond of rules… You can quote them, disagree with them, glorify, or vilify them, but the only thing you can’t do is ignore them because they change things… they push the human race forward, and while some may see them as the crazy ones, we see genius, because the ones who are crazy enough to think that they can change the world, are the ones who do.

The video, the imagery, the script, the mantra; they each embody a culture which captured colleagues and customers alike. Two words – that’s all it took. But it was more than words; it was a spirit, an understanding of who and why the world could be changed.

Yes, two words defined it, but the culture it showed was to challenge the status quo.

It is, and was exciting, uplifting, and inspiring. But there was a small detail missing. How do you think differently?

If you want to think differently, first, you need to think deliberately.

What does it mean to think deliberately then?

Before I jump into the answer, I want you to appreciate the complex world we live in. As humans, we barely understand ourselves and how our bodies work. We can’t explain how we think, or how our emotions work. Then there is the complex environment around us. Most of which is beyond our understanding.

Over time, humanity has worked out some of the answers. There are laws; facts which when repeated we see repeatedly. We have defined these laws and, in many cases, simplified them. It makes them easier to learn, understand, and remember.

We define them as mental models, but another, easier way to think of them is as patterns.

The sweet spot of computer science is pattern matching. We teach computers to look for sequences in data and when they’re seen, implement a response.

Our brains are no different.

Most of the patterns in our minds are subconscious ones. Think of how and why we hydrate. We react to feelings of thirst; a dry throat and mouth represent a pattern. We then respond by drinking to quench the thirst, but more importantly, to keep our body hydrated.

Now, ask yourself what patterns you look for consciously when thinking?

The chances are you’re not.

To think differently means thinking deliberately. It is this one skill which separates most of us from the crazy ones. The round pegs in the square holes; the ones who change the world.

If Apple re-shot the iconic crazy one's video today, Elon Musk would certainly be one of those crazy ones. He is changing the world, firstly with PayPal and now with Space X and Tesla.

His quest to make a difference to the world begins with a childlike mental model; first principles thinking. Using this mental model, he looks first to understand. He views knowledge as a semantic tree – making sure he understands the fundamental principles – the trunk and the big branches – before getting to the details.

To Think Differently, First, You Need to Think Deliberately

The key to thinking differently is to think deliberately. It means using proven methods of critical thinking to maximise your thinking time. Use the power of patterns to look at the world around you.

Humanity has an inbuilt drive to want to improve the world around us. We want to be quicker, smoother, healthier, and more creative than the last person. Without it, we would still be living in caves, rubbing two sticks together to make fire.

To evolve is to think differently. But that urge must start with an action to think deliberately. Only then can you unlock the power of your mind to begin tackling the issues before you.

I wrote this article for two reasons. One, to clarify my thoughts on what it means to think differently. What steps can I take to transition to a crazy one? But, also to nudge you, the reader. Think about the Apple video, who would appear in it today, if it were reshot?

I can’t help but think there aren’t enough Elon Musk's in the world right now.

We all have the capacity to think differently, but first, we need to think deliberately. An attribute we can all display with effort. Thinking in patterns, learning mental models; the truths of life can enable you to think beyond your normal limitations. Then you’re thinking differently. 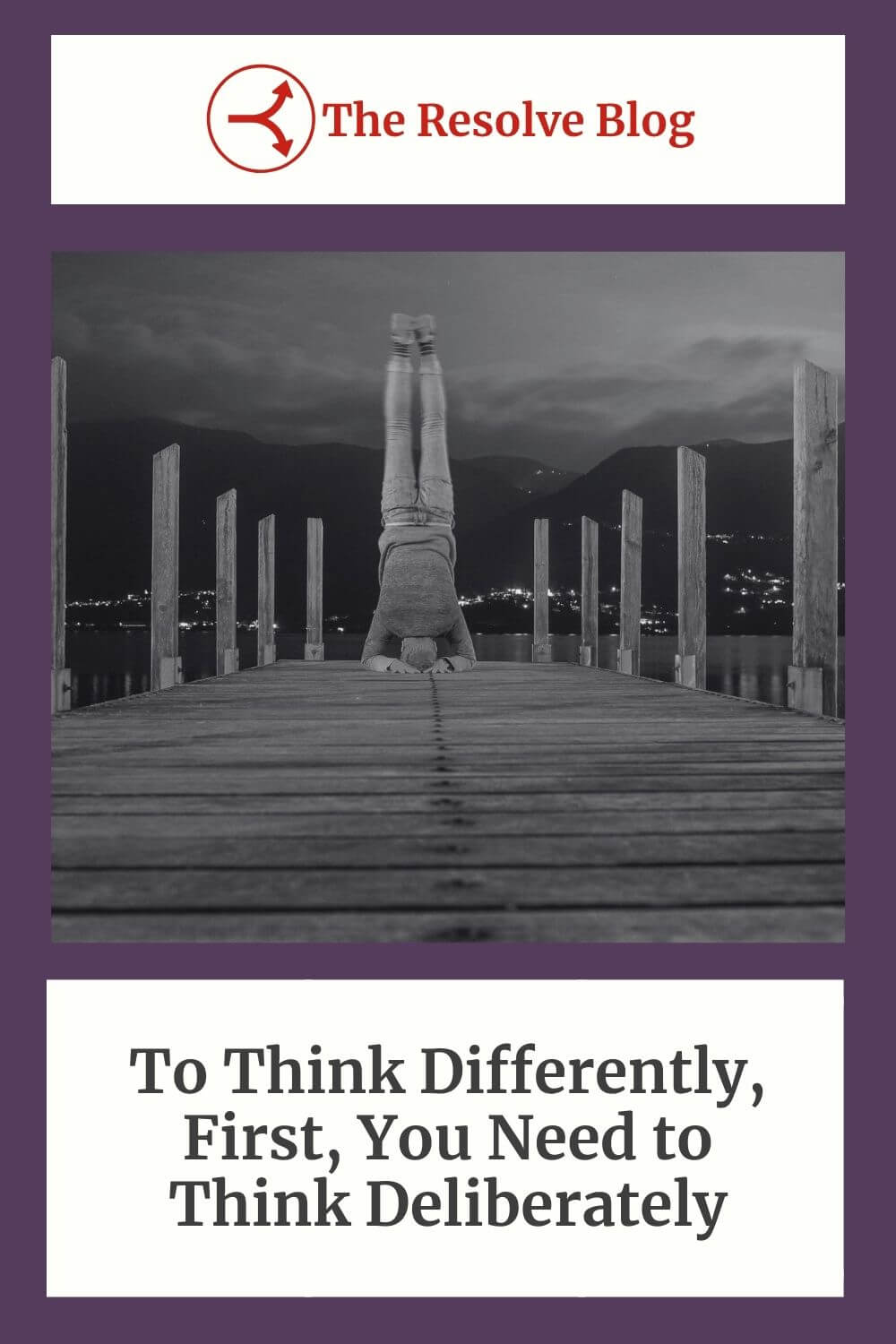 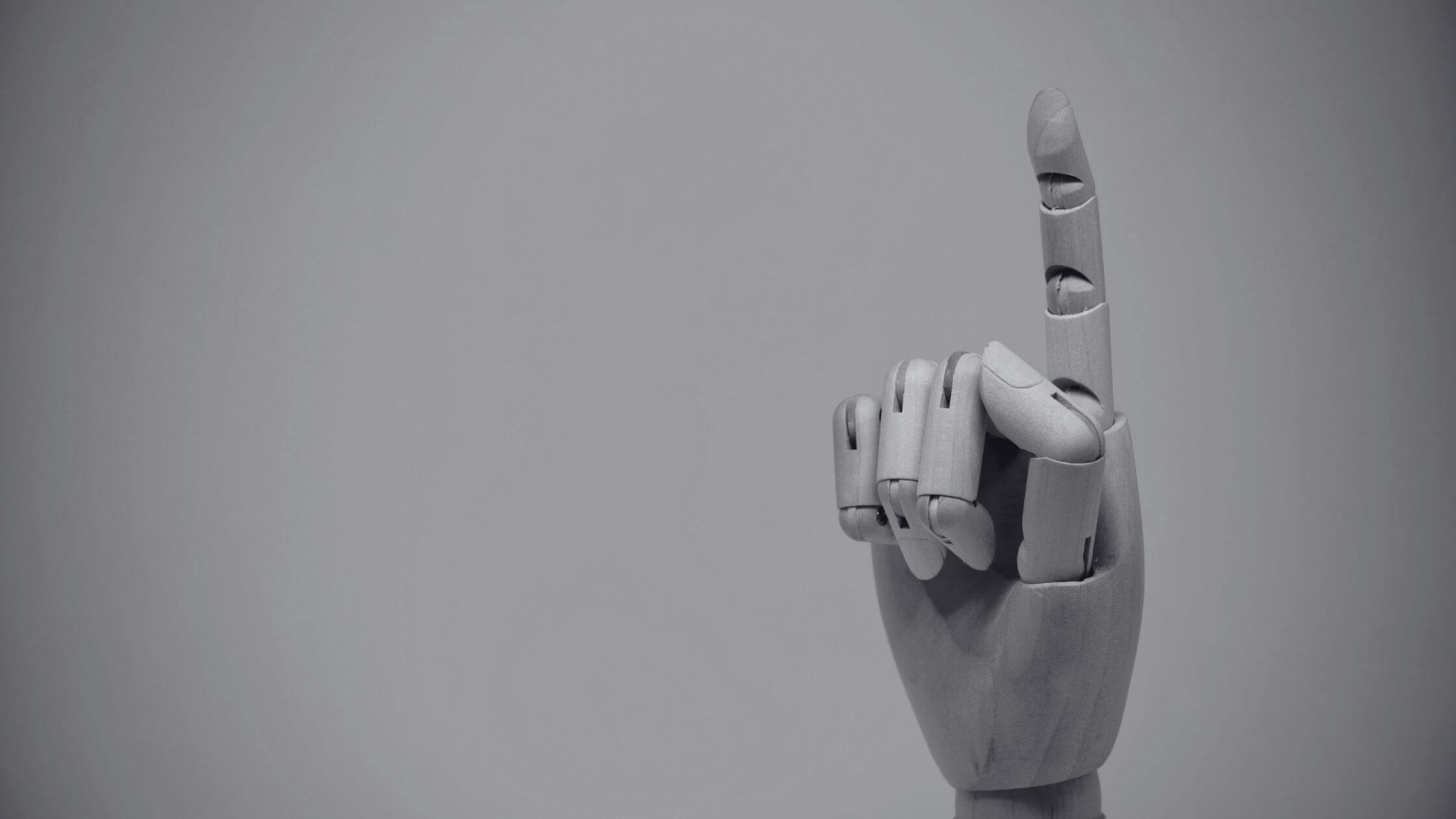 Thinking from First Principles reveals the fact you'll Need a Mindset Shift to Think Like This. In this pithy post of 250 words, I'll explain 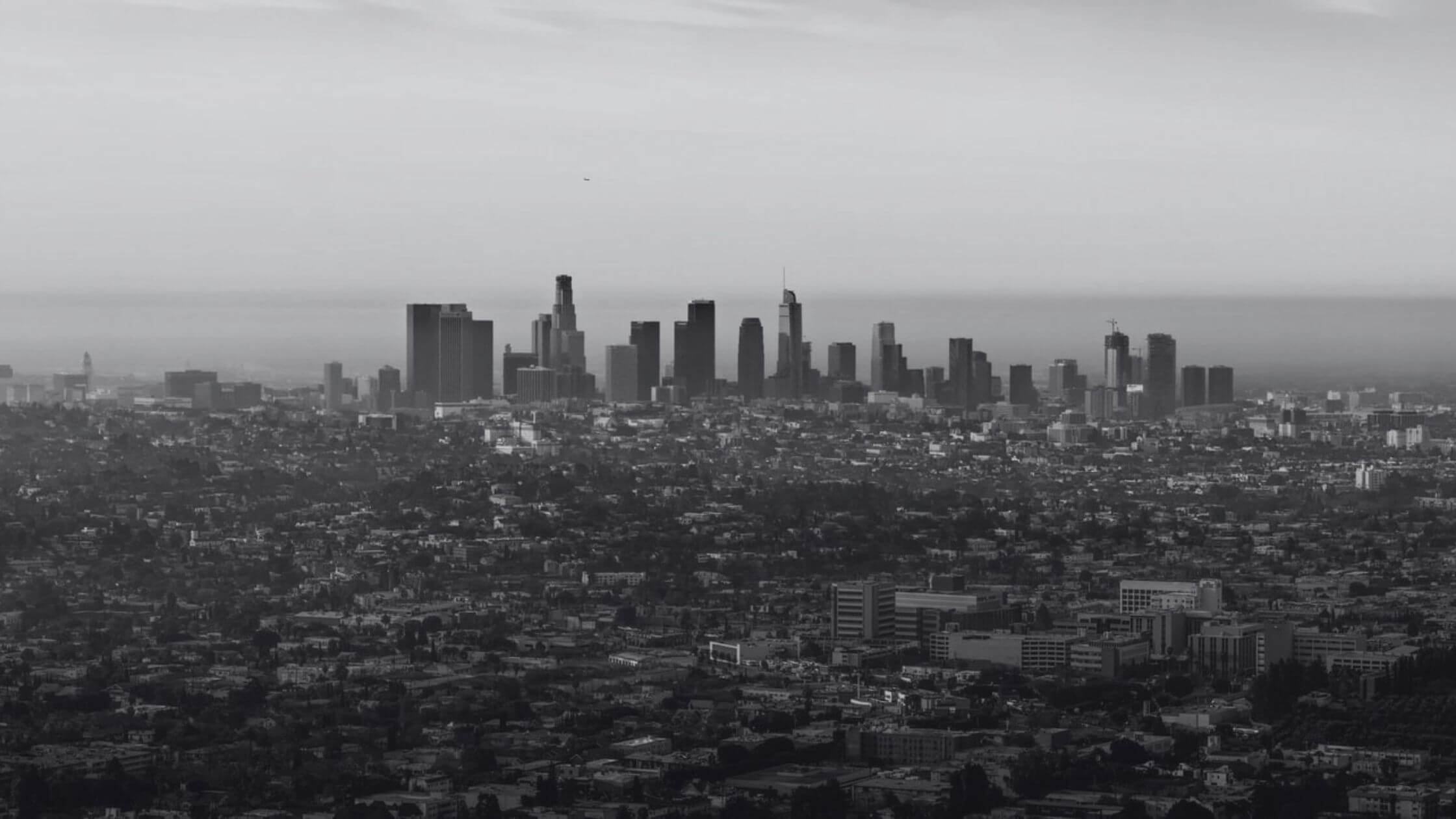 In today's world, how you position yourself matters. Positioning comes from answering this question: Are you big in your little world, or little in a big world?